How OSINT charted the Taliban takeover of major Afghanistan cities

Hi! I’m Andy Silva, and I’m one of the Data Intelligence Analysts here at samdesk. We are excited to announce that we expanded our coverage of Military related events. We have reframed our Military Activity event, and now samdesk can detect any changes of leadership in a territory through military intervention, construction of new military outposts, and seizure of military equipment, weapons, and personnel by a military unit. These additions will enhance our growing coverage of geopolitical events and provide our clients greater context to understand conflicts happening around the world.

The past few years have been challenging for many people in different ways. In geopolitics, specifically, we have seen a rise in volatility and escalated risks in several areas worldwide. Conflicts over resources, territories, racial relations, and electoral systems have flooded news and social media, taking an unprecedented role in our online lives.

This environment can be very challenging, but it also provides samdesk with a unique opportunity to use Open-Source Intelligence (OSINT) and Artificial Intelligence (AI) to respond to this trend by generating alerts that help create a safer world. To understand how samdesk does that and explain this new event type we will look at the recent events in Afghanistan.

The Case in Afghanistan

On April 14th, 2021, the United States Government announced a plan to withdraw troops from Afghanistan by September of this year, signaling a potential end to one of the most prolonged conflicts in modern history. This announcement started a chain of events that we are still seeing unfold today, on the ground and online through reports of people in the area, social media, and official news sources.

We also saw the impact of this event reflected in our system activity: in the month following the announcement, samdesk documented an increase of 112.5% instances of Military Activity compared to the period between January 1st and April 13th of the same year. The first official evacuation was detected shortly after, and there have been ongoing instances recorded to this day as different nations react to what is happening. With awareness about the situation growing, samdesk’s AI is able to utilize OSINT to fill in the blanks with what has happened between the withdrawal announcement and the capture of Kabul. 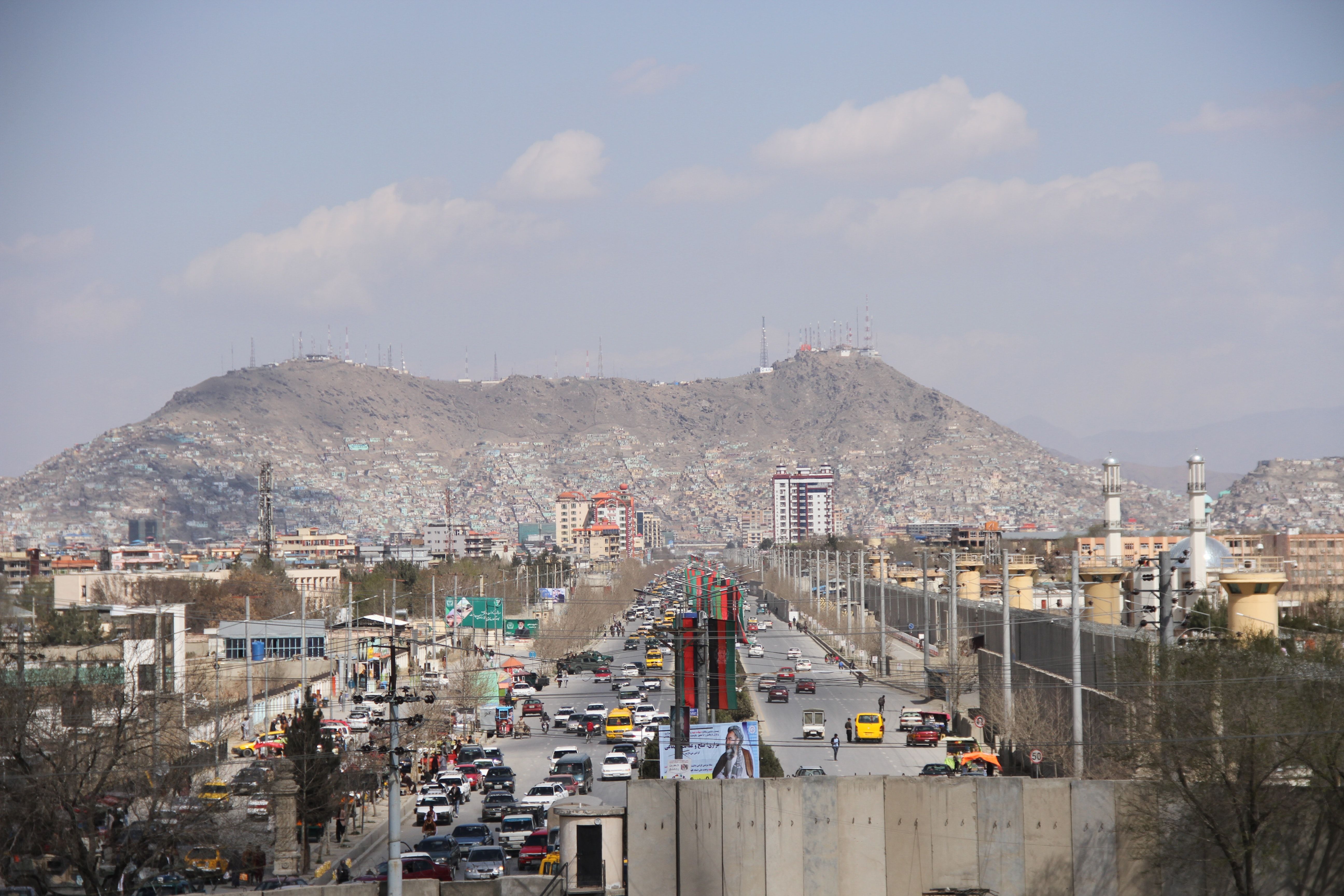 The goal of samdesk is to help clients make informed and quick decisions. Given the complexity of the situation, not only in Afghanistan but also in several currently disputed areas worldwide, an extra layer of context is needed to identify the nuances of international conflict. This is a very big task, and an important one. To address that, we are excited to launch a new event type that uses OSINT to identify changes of leadership in territories and conflicts involving the capture of military personnel, weapons, and territories. With this new type of coverage, samdesk’s AI detection system will provide clients with access to information that could help them respond to challenging situations in conflict areas as they develop.

While this new tool was in beta and refined for accuracy, samdesk mapped the advance of the Taliban through Afghanistan and saw their movement across the country. Before the official capture of major cities and territories, our platform was able to see smaller moves and the capture of military outposts, farms, and smaller towns across the country.

For example: on August 12th, the Taliban captured the strategic city of Kandahar - Afghanistan’s second-largest city and the gateway to Pakistan. Prior to the Taliban entering Kandahar, our AI system identified several smaller captures and advances around the city as well as key developments that were crucial in the invasion, such as the closure of the strategic Spin Boldak border: 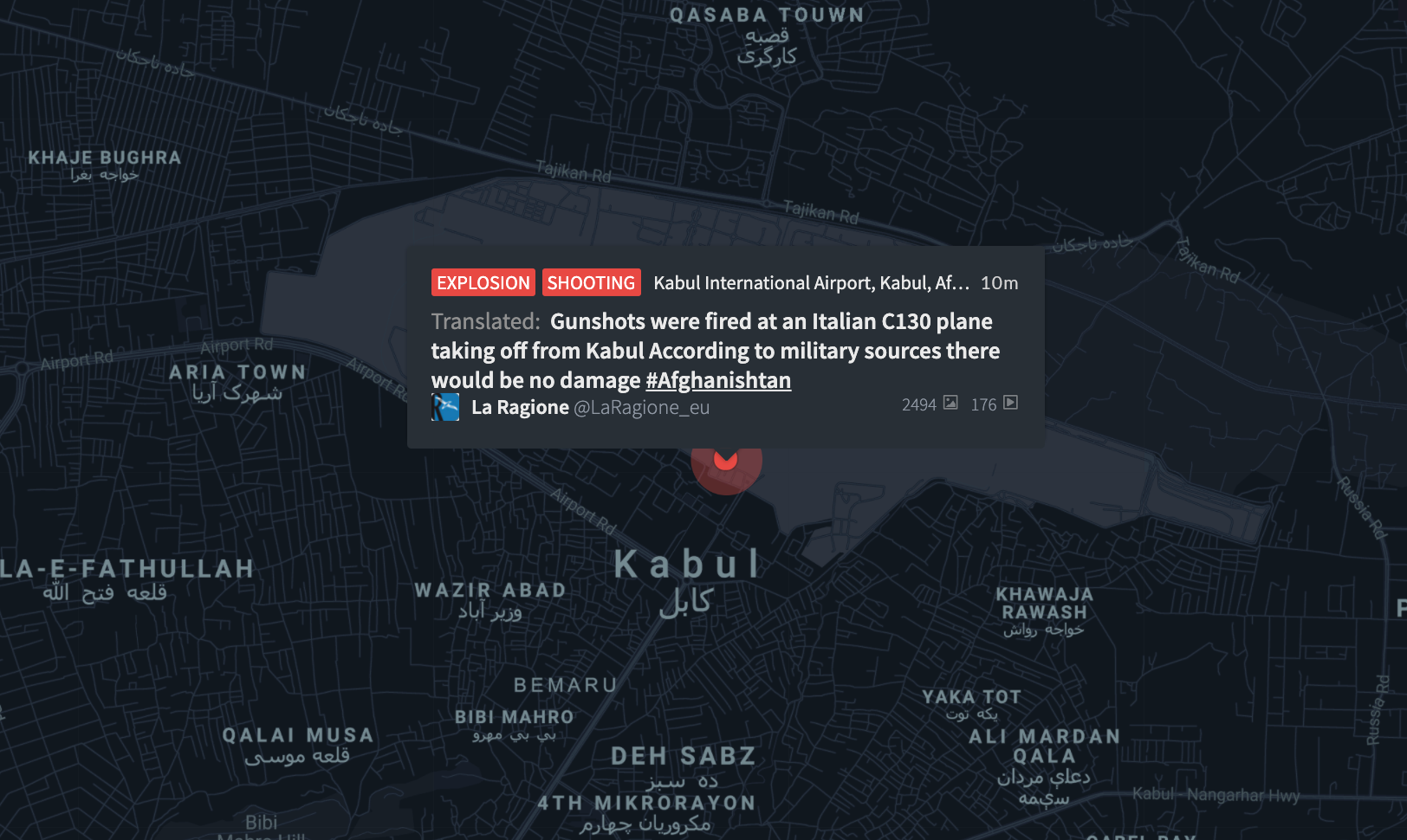 Also, before being officially taken over by the Taliban on August 12th, Helmand’s provincial capital of Lashkar Gah saw conflicts resulting in loss of territory by official Afghan forces. On July 30th, Samdesk detected Taliban forces surrounding the city and setting up for conflict. The following day, official sources and chatter on the ground detected intense conflict between Afghan security and the Taliban that resulted in the capture of security districts of Lashkar Gah and the seizure of military equipment.

Are you a current samdesk customer?

The team at samdesk is excited to launch this new coverage to help customers to be aware of geopolitical threats as they happen in real-time. To be informed of what is happening in conflict areas, customers can set up streams based on location and our system will keep you updated on the latest news to help you make informed decisions.

About the Author
Andy Silva is a Data Intelligence Analyst at samdesk.